Title Attorney Near Me – Title Dispute? We Can Help 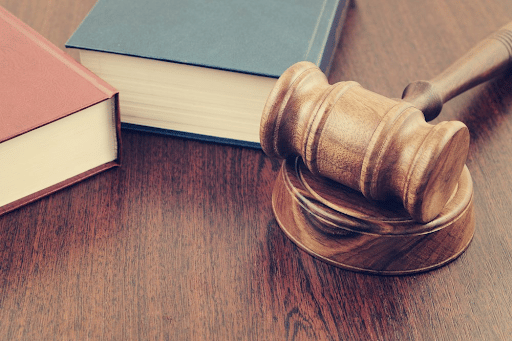 Title dispute can be a common issue while selling or buying a piece of land. This article talks about what a title issue is, its type and causes, and how a title dispute attorney can help you.

Whether you are a first-time buyer or are involved in frequent buy-and-sell transactions of real estate, having a title dispute attorney to close all your deals is the best choice. This is because while your real estate agent might be good at finding the best value deals for you and would certainly be aware of many legalities related to real estate.

Let’s learn about what is a title dispute and how you can hire the best:

What is a title dispute?

A title dispute simply means two owners disagreeing on who legally owns the title to a certain piece of land or property. In short, it is a dispute that arises when more than one person, supposedly owners, claims to hold title rights over land or a piece of property.

Terms such as knowing whether the issue you are facing is related to title or boundary, or which among a title or a deed is more important in a real estate transaction, are things that even most experienced property investors or your real estate agent wouldn’t exactly know about.

Many people think that a title dispute is the same as a boundary dispute as both relate to the exercise of rights over a piece of property in conjunction with who owns it. This, however, is only partially correct.

While the title dispute is what we explained above and arises during the buying or selling of a property, a boundary issue arises where two properties share a common boundary but neither one of the owners exactly knows as to where the boundary line bifurcating the two properties actually passes from. This creates confusion and ambiguity between the owners.

A boundary dispute in such a case evolves when one property owner, while still owning the property, wants to make alterations to it.

For example, you plan to expand your built-up area or remove a tree from your garden. While being unsure about the boundary line, your neighbour might claim your expansion plans to be an encroachment attempt over his land.

Similarly, your neighbour could also claim that the tree you are planning to remove is situated within his boundary limits, so you have no right to remove it.

Title vs a Deed

Many real estate buyers think that a deed is a conclusive evidence that a seller has ownership rights to the property being transacted. This again is not true.

A deed document is generally an agreement showcasing a willingness based on representing an authority to sell certain property. However, whether this representation of authority is valid or not can only be decided after verifying the title of the said property.

Several factors become a valid cause for raising title disputes. Know that while you may be becoming a new owner of a property, the property itself isn’t new and has been previously transferred numerous times.

Therefore, there is a possibility that during any of the previous times, some matter related to its title might have been overlooked but which now caught the attention, hence causing a title dispute.

Common factors that become a cause of title disputes are –

Intentional and unintentional errors made in public records at the time of furnishing the required details and documents at any previous transfer of a property can later become a hurdle in subsequent transfers.

These include typing mistakes in recording the correct names, addresses, or other details, not getting the required clearances from other stakeholders such as banks in case of a mortgage, public utility agencies, and tax departments, etc.

Although you own a piece of land and can make changes to it as you wish. Still, there are a few government agencies that may restrict you from exercising your right over the entire land.

In some cases, any of the previous owners might have transferred the property without obtaining clearances against any pending payments with regards to the property.

Know that payments remain due until waived or paid to the demanding authority. Therefore, the current owner might have to clear any newly discovered outstanding debts of the previous owner.

Challenging the legality of the deed

Any deed signed by a person who cannot enter into a legally binding agreement, such as a minor or a person of unsound mind, will make the deed illegal and could thus collapse or nullify the entire transaction.

Again, any party other than from the buyer or the seller side could claim a right to ownership. It can be debt under a mortgage, lien, etc.

Unknown heirs or a missing will

Like already mentioned, some buyers believe the deed document represents the right to ownership. It is wrong because of malpractices such as making counterfeit, forged, or fabricated title documents of properties to deceive ignorant buyers.

A chain of title is a record of all the previous buying and selling transactions of a property dating back to its first owner. Any defect at any point in between a chain of tile could dispute the rights of ownership of the current owner.

Here are some main types of dispute resolutions you should consider while dealing with a dispute:

Mediation is a form of dispute resolution in which a neutral third party aims to facilitate disputants in comping up with their own consensus. The best thing is a professional mediator will never impose his solution on yourself. Instead of this, a mediator attorney endeavours to explore the underlying interests of both parties.

This resolution method is effective to vent the feelings and interests of disputants. Whenever you hire a title attorney near me, consult him whether he will mediate parties together or separately. Adopt a sustainable, nonbinding, and voluntary resolution method to keep your disputes out of court.

Another familiar way of resolving disputes in litigation. In civil litigation, defendants have to face a plaintiff either in front of the judge or before both judge and jury. As the jury and judge are responsible for screening evidence, it’s a bit more costly than others.

Whenever you try to resolve a dispute, you need to convey all information in trials and hearings. Such information enters into the annals to stay in the public record. Almost every lawyer recommends litigation for signing a settlement agreement among disputants.

In arbitration, a third party is responsible for setting out the dispute between two parties. The arbitrator acts as a judge and renders an unbiased decision after listening to arguments of both sides with evidence.

You can also negotiate the processes related to time and standard of decisions on the basis of evidence. Most arbitrators hand down a confidential decision at an affordable rate.

Even if you hire a title attorney for resolving disputes, still you need to be vigilant to make sure everything is going smoothly. No one can refrain you from negotiating the dispute resolution process of an attorney. The following are some key tips you should act upon to manage your dispute successfully.

1- Keep Clarity About Your Cause of Disagreement

Having awareness about the main cause of disagreement is very essential for claim compiling. It’s because conflicts usually arise from indulging emotions. So, you need to make sure that your claim is solely on the basis of facts. Remove unambiguousness in your case to resolve it earlier.

2- Record Everything To Make Your Argue Effective

Another thing that you must opt for is a record-keeping habit. It is very important to make your argument strong and effective with backed-up evidence. For this purpose, we suggest you keep copies of meeting notes, emails, and calls. In fact, your dispute attorney lawyer can portray your case accurately if and only if you have written records.

3- Deal With The Right People

Also, make sure that the person you are dealing with is authoritative. Whenever you hire a dispute resolution lawyer, you should check his credibility in decision-making. Moreover, write all your dealings with others on record.

To negotiate any dispute with confidence is quite a tricky and complex process. If you make brash offers and suggestions, it can prejudice your position. It depicts that you should preface your offer of settlement without prejudicing it. Doing so will eliminate the chances of holding your offer against you if the dispute fails to stay out of court.

5- Make Sure To Properly Disclose Information

If your attorney or a person with whom you are negotiating to go for a leave, you need to be more vigilant. In such a situation, you should be more conscious and careful while handing over your case to someone accurately. In view of this, make sure to pass up-to-date information and briefing to keep it error-free.

6- Always Prefer To Use Options First

People often make the mistake of taking their dispute into court at first. This is not the right way. In the first priority, you need to look for out-of-court dispute resolution ways like arbitration, litigation, and mediation. Not using these settlement options can cost you more in both time and money. That’s why disputants should keep the option of going to court in the end.  A title attorney near me can help you with that.

You can undo the complete process of agreement-making, and settlement offers by using wrong words. It means that you should make your settlement worthy with the right wording. In other words, you can be out of pocket if your agreement lacks particular settlement terms like “against all claims made” and “final settlement”. Furthermore, it’s worthy to seek a title attorney’s advice for successful dispute negotiation.

How does a title dispute attorney help you?

The main objective of hiring a title dispute attorney is to make sure that the property you are investing in with your hard-earned money is free.

To do this, your attorney will have to carry out extensive research to evaluate the possible existence of any of these factors, a task that could require a substantial amount of time but is worth it.

This includes going over numerous documents from various information sources and then taking the appropriate action to resolve any title disputes or their possibility.

In a favourable situation, a title dispute attorney might be able to resolve title disputes by initiating any of the following remedial actions –

Remember that title disputes over a piece of property can become complicated. It could turn into a nightmare in some cases as your lawyer tries digging into more details, thereby delaying the process of completing the real estate transaction. In worst-case scenarios, a defective title could also end up invalidating the buyer’s right to own the property.

Therefore, it is recommended to always hire a title dispute lawyer who is well experienced and excels in resolving title dispute issues at the time of buying a property.